Is “no DSS” still a sign of the times?

Overt “DSS” discrimination may be on the decline but landlord reluctance to let properties to households on benefits is still with us. We still have significant barriers to overcome before the private rented sector opens up enough to make a real difference to homeless families.

Several councils in London are reviewing their homelessness strategies. Although action plans differ, there is a shared recognition that the private rented sector is part of the solution to the homelessness crisis. Harrow council recently noted that DSS discrimination “remains a concern”.

Councils rely on landlords willing to let their properties to tenants claiming benefits. Capital Letters staff talk to hundreds of landlords and agents in London every month, and we meet plenty of misconceptions. Occasionally there is outright prejudice.

It’s over a year since a York court heard a landmark case about landlord discrimination against people claiming benefits. This finally set a legal precedent following a lengthy campaign by Shelter and others to stamp out “no DSS” discrimination.

The cross-party motion – reported as a first for a council in England – stated that “DSS discrimination is one obstacle among many for those on benefits accessing housing”.

In fact, the York claim was upheld under the Equality Act because the claimant was a disabled mother. A blanket no ‘DSS’ policy falls unequally on women and disabled people, who are both more likely to claim benefits.

However, the legal precedent was set. Landlords and agents must now consider prospective tenants individually, not as a category. Respectable agents have removed DSS references from their websites, but less visible discrimination persists.

Councils need good access to the private rented sector to find suitable homes for families to put down roots and settle in their communities. And when councils discharge their legal duty to homeless people, they can also reduce their costs.

These costs are predicted to spiral as a result of lifting the eviction ban and ending the furlough scheme. No wonder many councils are signalling their desire to work with a more professionalised landlord sector that can guarantee housing quality and decent treatment of tenants.

Capital Letters was set up by councils in London to push the business case for landlords letting to tenants on benefits and to drive up standards. Oxford city council’s action has reminded us that we also have a role in challenging prejudice against people who simply need a good quality affordable home.

Sue Coulson is the Chief Executive Officer of Capital Letters. 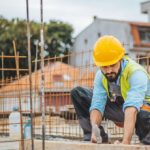 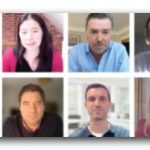 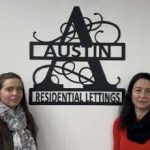 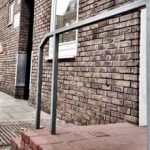