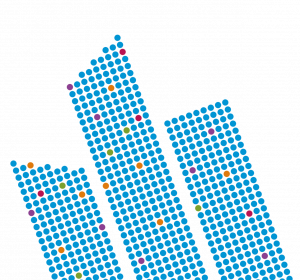 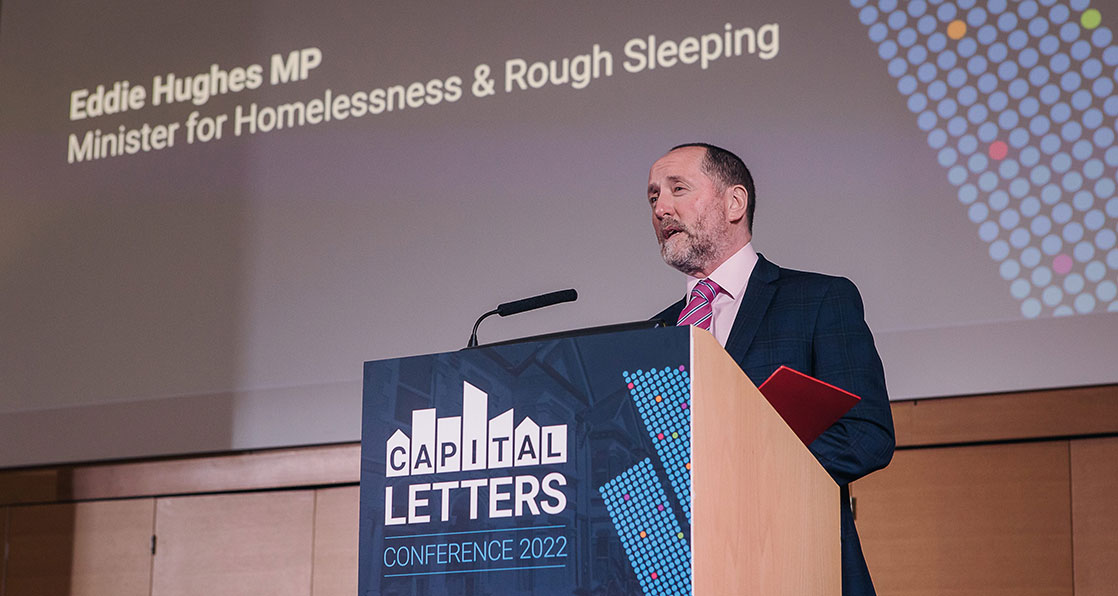 Capital Letters is the only family homelessness procurement service directly funded by the Department for Levelling Up, Housing and Communities. The Minister explains why family homelessness is a priority for government, with the private rented sector playing a pivotal role.

Can I begin by thanking Capital Letters for inviting me to come and speak to you today. Much as I like coming to these conferences and getting the chance to speak to people like you, I’d much prefer that we could make homelessness and rough sleeping a thing of the past.

But that’s what makes a session like this today so important. These are unmissable opportunities to bring together all the right people and build on the exceptional work that goes on. One thing has always been clear to me when it comes to homelessness is that it’s too complex to solve when you’re working alone.

As a minister sitting in government, I can tell you Capital Letters is just the kind of organization that embodies so much of what we need to do when it comes to tackling rough sleeping. I’ve no doubt in my mind that Capital Letters is already a key part of helping us to foster exactly those relationships.

Too many families in TA

But I think it’s only right that we start by acknowledging the scale of the challenge when it comes to family homelessness and the potential scale of the problem. Right now there are too many families living in temporary accommodation or sofa surfing, and I know that numbers are particularly high in London.

Our view in government is that temporary accommodation has its place. It can, when used in the right ways, provide an important stepping stone toward a stable home.

And it’s also the case that the increase in temporary accommodation numbers that has happened since the Homelessness Reduction Act took effect has been almost entirely driven by single households receiving the help that was previously unavailable to them.

And while we don’t want people to become stuck in temporary accommodation, this situation does mean that more single people are getting the help that they need as a result, especially as many of these people could have been otherwise remaining on the streets.

But we all know there’s still work to do, and part of that is acknowledging that one of the main reasons why so many people remain in temporary accommodation is because there aren’t enough affordable homes for them to move into. That’s why you will continue to hear from me and other government ministers banging the drum for affordable homes in the years ahead.

But it’s not just affordable homes that there’s a clear role for private landlords in the whole equation. They have the power to give tenants a fair deal and stop people and families from slipping into homelessness. Whether a person or a family is escaping homelessness or they’re just a pay cheque away, everyone should have the right to expect their landlords to provide warm, safe, quality homes.

A fortnight ago we underlined our commitment to the millions of renters in this country with our new white paper, a fairer, private, rented sector. It’s no exaggeration to say that these proposals represent the biggest and most comprehensive set of reforms of the sector in a generation.

These reforms, like the banning of no-fault evictions, are going to finally deliver a new deal for renters, one that’s based on fairness, security and accountability. These reforms offer us a better way to protect the majority of landlords who look out for their tenants and treat them with respect.

And we’re placing more responsibility for funding into the hands of local leaders and local authorities who understand local issues. These councils can then be empowered to use that money flexibly to deliver bespoke homelessness and rough sleeping strategies.

And this is where Capital Letters play an instrumental role. It’s part of the reason why my department has backed Capital Letters and supported the organisation over the last four years as it’s established itself in London.

We saw exactly what was possible during the pandemic, and I’ve seen how Capital Letters has bottled that spirit and is now applying it to the work across London.

One of the fundamental strengths of the organisation has been a model that is drive driven by its members and the priority of finding homes for families in the same borough so they can stay close to their jobs, their kids’ schools, and their friends and family.

The government is foursquare behind the aim of preventing and relieving homelessness by becoming one of the main sources of private rented sector accommodation in London. And that’s why we’ve committed to funding Capital Letters for a further two years.

If you want to make homelessness a thing of the past in this country, and we do, then we need to harness the intellectual horsepower that we can muster to study the underlying causes. By being here today, you’re going to help us do just that. We’re all united in our view that there’s a moral obligation for us to end homelessness in this country.